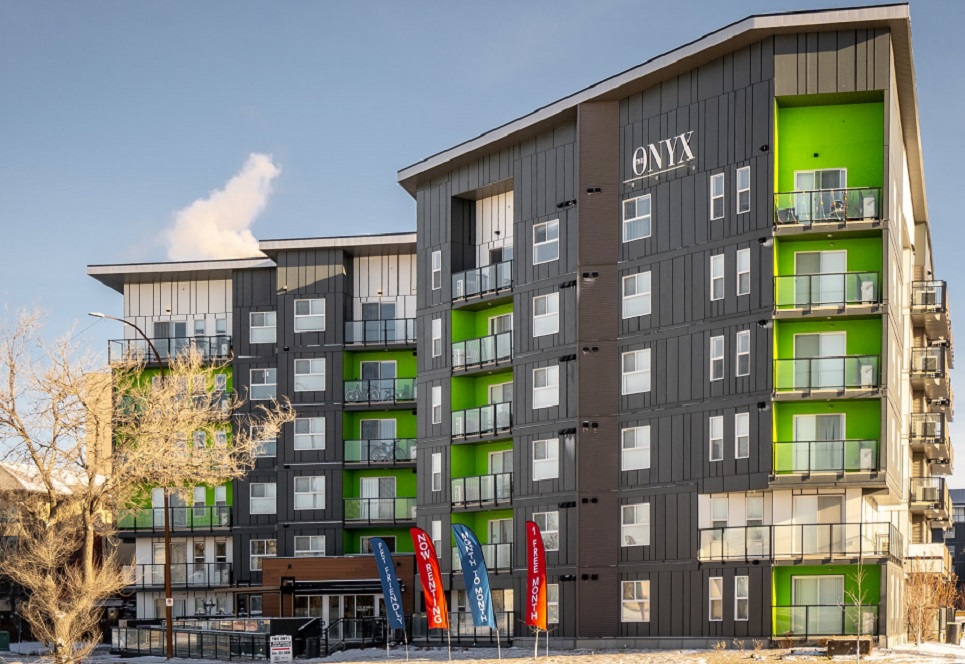 Real estate as an asset class has low correlation to the public markets which makes them an excellent choice to diversify a portfolio and provide the opportunity to deliver solid risk-adjusted returns.

In 2021, the rental market in the Winnipeg Census Metropolitan Area (CMA) grew as the rate of home ownership shrank. From 2016 to 2021, there was a 13.2% increase of rental households compared to a 5.1% increase of owner households for that same period.1,2

As of October 2021, there was an addition of over 15,000 jobs, with the majority being full-time work. Border restrictions have also eased which has allowed for international immigration and non-permanent levels to increase with Manitoba. Labour market conditions are only starting to recover to pre-pandemic levels.

The purpose-built apartment rental universe in the Winnipeg CMA increased by 2,915 units in 2021, due to the large number of newly completed apartment units added to the rental universe.3 Rentals comprised 43.4 per cent of new builds in Winnipeg from 2016 to 2021.4

With Winnipeg CMA having not fully recovered from pandemic-induced challenges and combined with significant new additions to the purpose-built rental universe, the purpose-built apartment vacancy rate rose to 5% in 2021 from 3.8% a year prior.5

Though the vacancy rate for purpose-built rental apartments is at their highest level since 1997, housing is still an essential need. Winnipeg is still more affordable for renting compared to other CMAs, as average rent growth has stayed moderated for the third consecutive year. We expect demand will increase as Winnipeg has boosted immigration since its slowdown during the COVID-19 pandemic and as of November 2022, Manitoba’s unemployment rate reached 4.4%, a historic low.6

Alitis is actively investing in the local market through partnerships with experienced developers and have projects that are in different stages of development including pre-construction (zoning or permitting), under construction, and buildings that are now completed and income producing.

Some of our current investments in the Winnipeg area include: 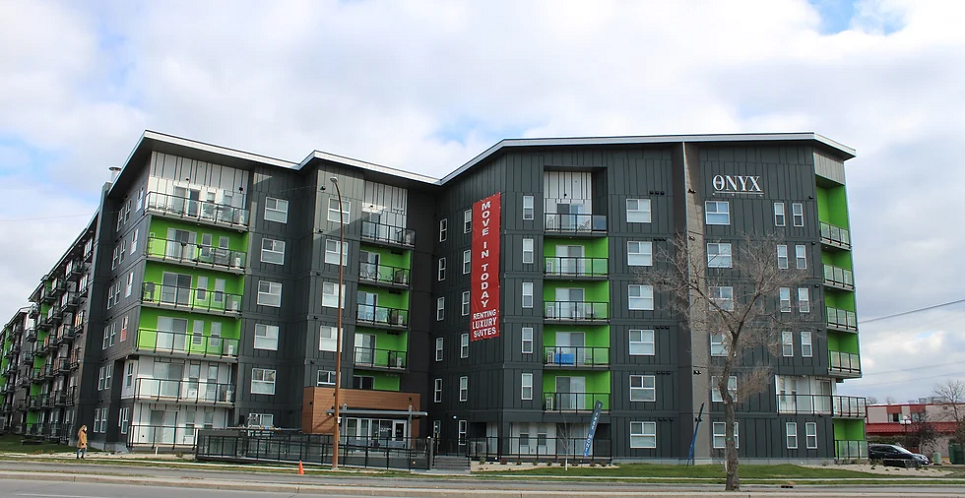 General Description: The Onyx is located in the district of Fort Garry in southwest Winnipeg. Fort Garry is generally residential in nature with commercial and multi-family residential development located along Pembina Highway. There has also been considerable retail development in the most western section of the district around the intersection of McGillivray and Kenaston Boulevards since the early 2000s. Development near this intersection has included box-style retail outlets, freestanding restaurants, strip malls, and large-scale retail outlets including Home Depot, Walmart, Canadian Tire, Rona, Safeway, Sobeys, and Costco. In addition to the retail development, the Victoria General Hospital, one of the major city hospitals, and the University of Manitoba are located in the district.

General Description: The Bravado is located in southwestern Winnipeg, in the emerging community of Bridgwater Town Centre which is the central hub of Waverley West and will contain a variety of retail, commercial and service-based businesses situated in both stand-alone buildings, and mixed-use buildings. Although Waverley West is intended to serve as a self-contained subdivision, it is well-connected to the city’s transportation network and is also situated among the city’s largest employment hubs, including the University of Manitoba’s (U of M) Fort Garry Campus, the Fort Garry Industrial Park, and the Victoria General Hospital.

General Description: Lot 6 is located in the Lord Roberts node of the south central neighbourhood of Fort Rouge and within walking distance of the new BLUE Rapid Transit Line.

General Description: The Allure is located in southwestern Winnipeg, in the emerging community of Bridgwater Town Centre. The Allure shares the same amenities as the Bravado, being located across the street from that building.

Crossings at the Refinery District

General Description: Located in southwest Winnipeg in the emerging community of Bishop Grandin Crossing which is Winnipeg’s largest employment hub, also near the University of Manitoba and well connected to the transportation network.

Our Team at Alitis

Our dedicated team at Alitis has over 250 years of collective industry experience. But what makes us unique is the high level of integrity that every team member brings to the table.

Along with experience and integrity, each team member at Alitis shares the same commitment to our clients. At the end of the day, we measure our success based on the success of you reaching your financial goals.

If you’re interested in investing with Alitis, let’s have a conversation:

Neither Alitis nor any director, officer or employee of Alitis accepts any liability whatsoever for any errors or omissions in the information, analysis or opinions contained in this article, nor for any direct, indirect or consequential damages or losses arising from any use of this email or its contents.

© 2023 Alitis Investment Counsel Inc. All rights reserved. Unauthorized use, distribution, duplication or disclosure, in whole or in part, or in any form or manner, without the prior written permission of Alitis is prohibited by law.

Insights is a great place to come for information on Alitis, Alternative investments, our funds and the broader market.